Lib Dem Councillors in Gateshead are opposing Labour’s expected Council Tax rise and are asking residents to support our petition calling on Gateshead Council not to increase Council Tax this year.

Currently, the Labour bosses at the Council have not released how much the Council Tax rise will be, but it could be as much as a 4.99% hike. Anything more than that and the Council legally have to  hold a referendum.

Gateshead Council already charges the highest Council Tax for any Metropolitan Borough in England – no other authority charges above £1800 for a Band D property.

Gateshead Liberal Democrats think it’s time residents were given a break, especially after the really difficult time everyone has had lately, and the Council focused on cutting waste, not increasing Council Tax.

If you agree with us, please sign our petition below which we will present to Gateshead Council. 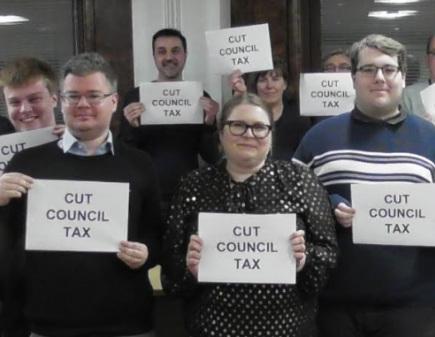 I call on Gateshead Council not to increase Council Tax this year.